When you grow up in the world of shoes and your father is called Sergio Rossi, you certainly take advantage of it. That said, your fate is maybe written, but the family heritage is not enough. Ten years ago, how many people were ready to bet that Sergio Rossi’s son would have found his own luxury shoes’ brand and would have succeeded to expanding in more than 200 stores in the world? 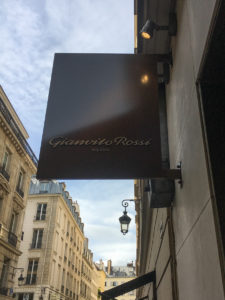 Gianvito Rossi has been celebrating this year the 10th anniversary since he created his shoes’ eponymous brand that includes, among its most loyal customers, Gwyneth Paltrow, Diane Kruger and Sarah Jessica Parker. The Maison Gianvito Rossi is today one of the most coveted brands in the luxury shoes’ world. What has contributed to its growing success? The influential Forbes American magazine tried to reveal the “secret formula” of the Italian shoe-designer.

Gianvito Rossi used to live right by the shoes’ factories of his father, the renowned Sergio Rossi. The smell of the leather was something familiar to him, something that was part of his childhood. Working with his father was probably part of the natural order of things. However, after the twenty years’ experience in the father’s company, Gianvito felt he was ready to take the great step: launching his own brand. This is how in 2006, after the full acquisition of Sergio Rossi’s brand by Kering group, the Maison Gianvito Rossi was finally born. 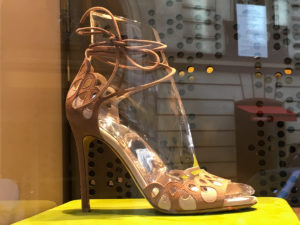 “The challenge” the Italian shoe-designer explains “was very important. Having the same family name as my father was a great opportunity for me but also a great responsibility: I had to live up to this surname because the comparison was punctual”. As to the main reason for his success, it has to be found in the definition that Gianvito Rossi provides us about his work. He sees himself “as a framer, whose aim is to enhance the feminine silhouette. Women are the masterpieces, not the shoes”. He seems to be pleased with his work only when you can hardly see the pair of shoes, but just the stunning beauty of the woman who’s wearing it. Of course, those pieces of art are the result of the expertise of the craftsmen who need a hundred of steps mostly handmade in order to produce a pair of pumps. Not forgetting the lessons that are part of his father’s legacy: a careful attention paid to quality and craftsmanship and above all a continual pursuit of improvement.

For the 10th anniversary of his brand’s celebration, the designer has planned to open a few flagship stores in the strategic markets, such as the United States and Asia. However, his aim is to consolidate his signature by creating elegant, with refined lines and timeless shoes like “Portofino” sandals, the model with the confortable stilettos that became the symbol of brand’s codes.

Gianvito Rossi the shoe-designer who knows how to bring out women’s look.